Last year, Fraser and I ran a thing called a 'Walkshop' for the first time, with our friends at Adaptive Lab, which was hatched as a good way for a team to thrash out strategic direction together. It was also one of the first places we tested out the Artefact Field Kit. 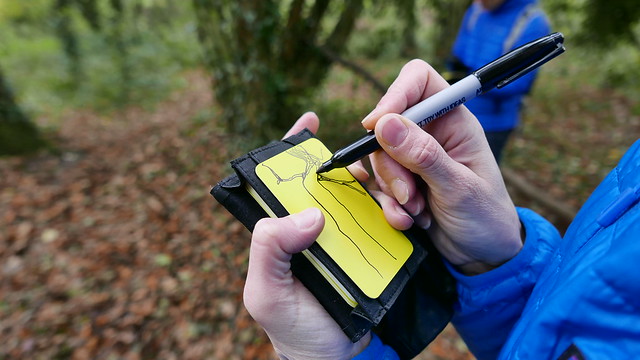 Something really wonderful happened on that day - the route that we took started to change the dynamics of how the group interacted.

People started to walk & talk as big groups as they marched through wide fields, or narrowed down into pairs down narrow tracks.

Without much prompting, it became a very organic and natural way for groups to find their own way through important and interesting conversations.

We thought we'd set up another couple of Walkshops this autumn to see how that played out if we were looking & planning for that to happen, using the landscape as the crucible for certain things to happen at certain times.

I ran a small, intimate one with Paul, Tracey and James the week before last; just to four of us, a slow amble, and sloe-picking. 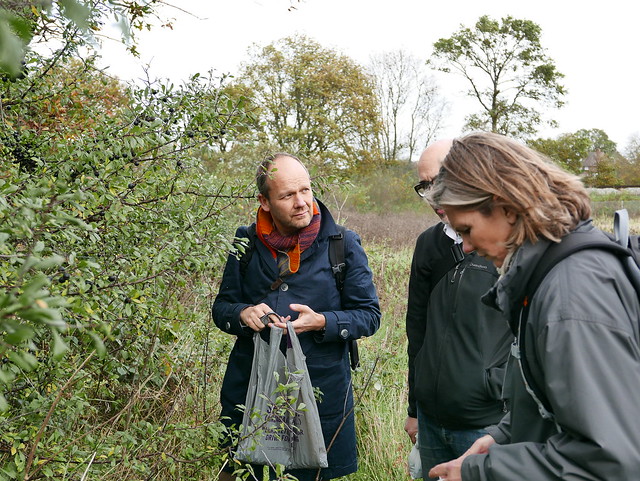 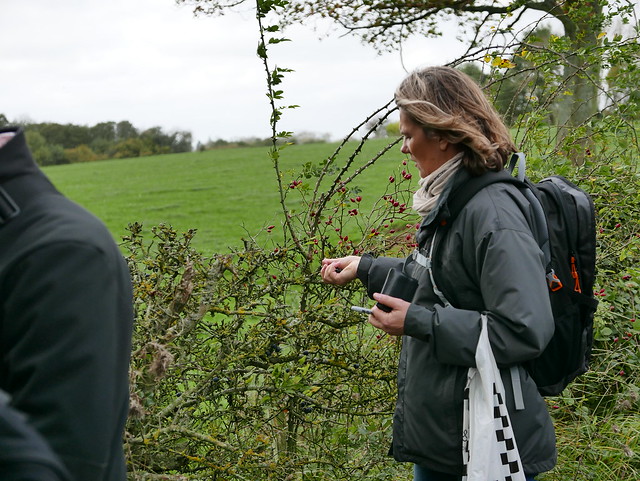 We also decided to run a slightly bigger one, to observe what happens with groups that could form different sizes and forms.

Fraser planned out the timings, routes, light activities and the like. I booked the lunch & dinner stops, because that's my main strength. Mmm, lunch.

And so it was that last Friday, our band of merry experimenters arrived in Plumpton, East Sussex, to start the day; Curtis, Ben, Abi, Leonora and Simon, in addition to Fraser and myself.

Off we went on a rough route with a rough plan in mind.

Because we were all on iPhone, we created a collaborative reel on DSPO, a new(ish) app from the Hipstamatic people that allows you to shoot a reel together of images through a specific time period (we chose 6 hours), and then export as a collection, slideshow, or in this case a wee video flickbook...

Now, I've got form with the Hipstamatic creations.

I used the randomness of the original all to create the Plumpton Mornings project about four or five years ago. And whilst still a bit buggy and jarrying in places, I've loved using DSPO so far to do things together as groups. Needs an Android version, and then it'll be a perfect workshop tool.

And then, after some mucking about with getting the app set up on phones, it was off into the wilderness... 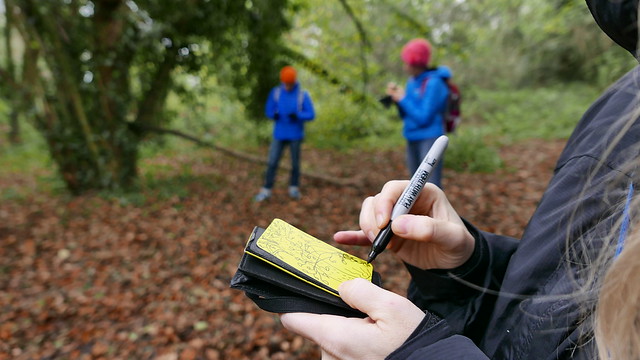 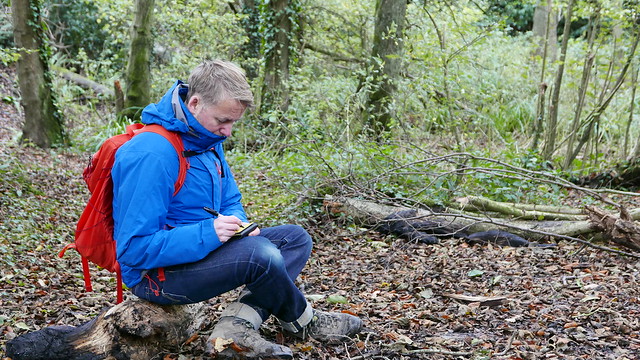 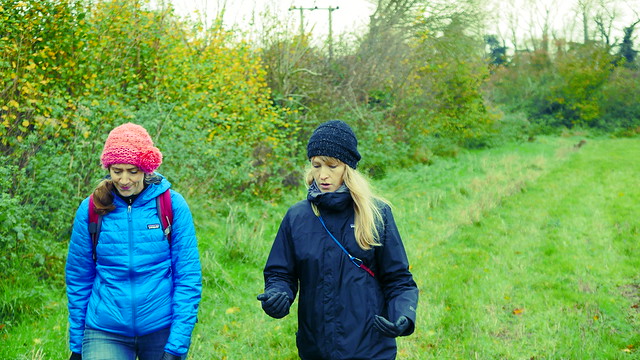 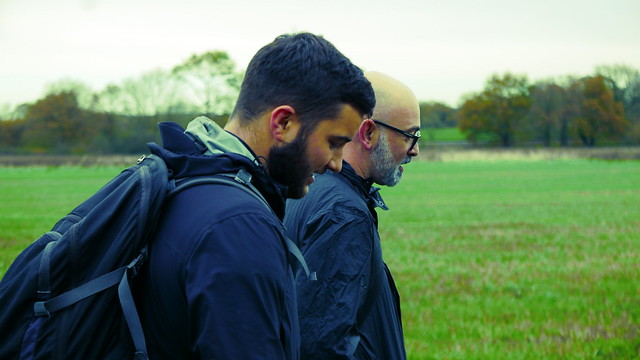 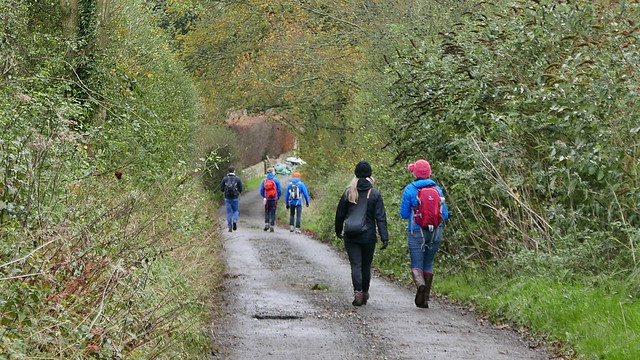 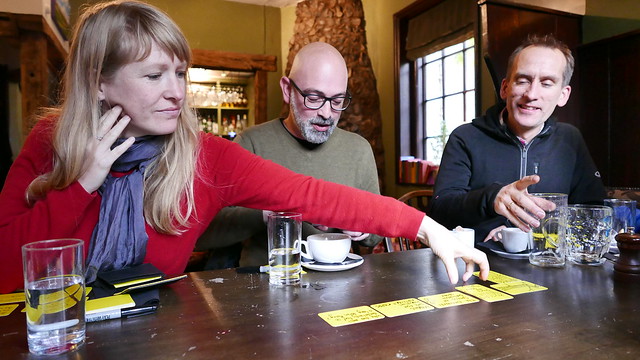 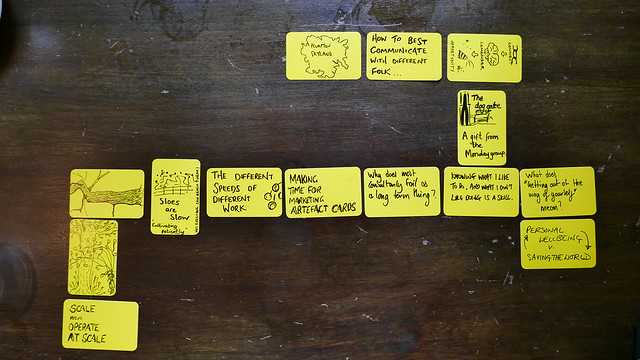 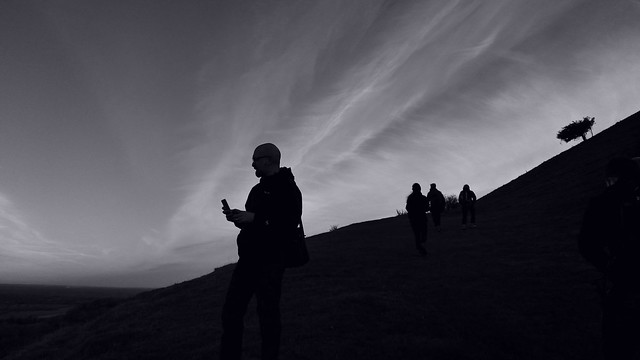 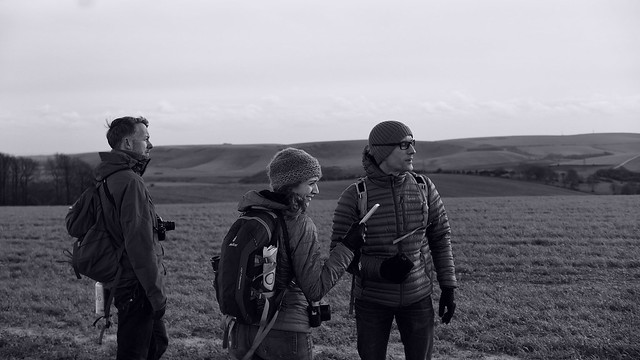 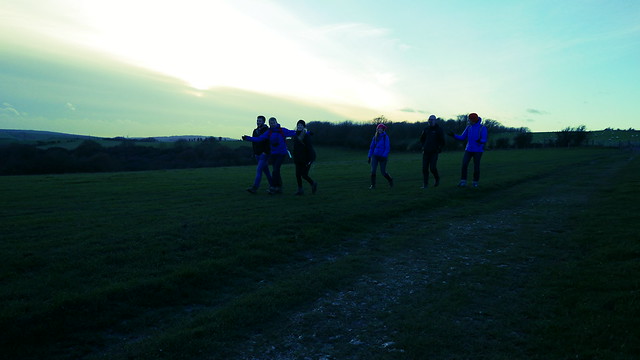 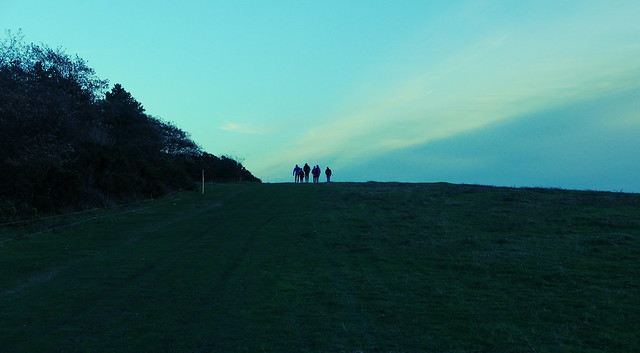 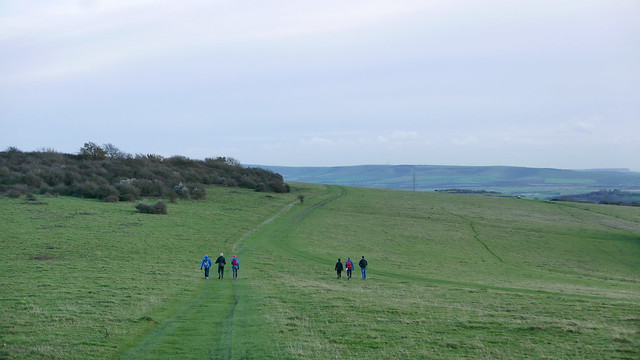 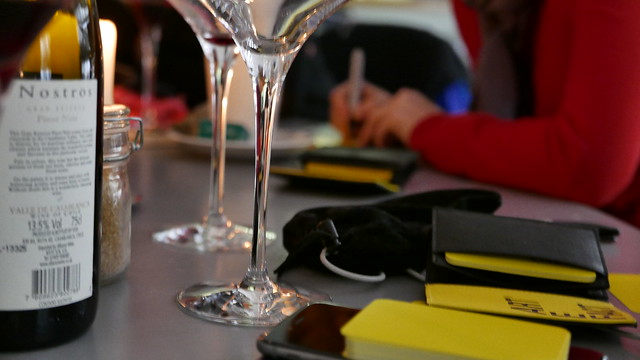 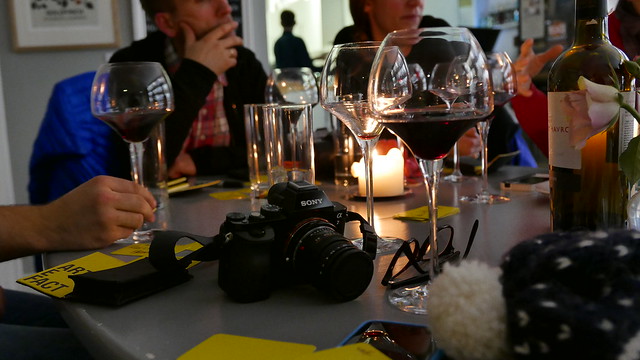 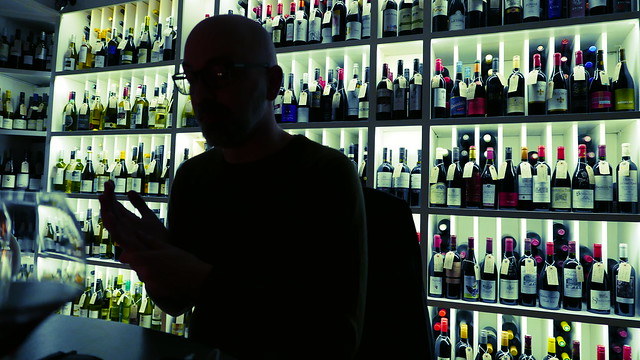 As you'll see, the day followed a pattern which went something like this:

i) A gentle 'intro' walk (people find out more about each other, the plan, the tasks). Walk through mixed terrain, with new Artefact Field Kits in hand.

ii) Stop in a circle, in a lovely open glade. Face each other. After discussion, ask people to start committing their initial inklings of what they want to discuss.

iii) Wind our way through various tracks and fields, towards lunch together in a cosy country pub

iv) Over lunch discuss the things we were thinking of, and see how they connect.

v) Set off up a big hill after lunch, reflecting on the things we talked about

vi) Open out into large, broad fields with a big sky overhead, as groups naturally form to expand on subjects

vii) File into a long, gentle track which descends gradually, as people pair off and speak shoulder to shoulder.

viii) End with a nice glass of wine, and an exploration of what we've talked about and discovered that day, and what should be next...

There are many things which came to the surface during the day, indeed too many and myriad to list out here (I'll link out to other thoughts that people are writing up below, as they go up).

Here's Curtis' take, and a new thing he's starting next year too... get involved :)

But the big thing for us was the ability of the landscape to shape conversation gently, naturally, without having to instruct people to 'get into groups of four, now'.

As well as running more Walkshops next year (there's even a site for it now, which as Fraser says, means it is a thing now), I'm interested in how you take some of these ideas about environment changing groups, and recreate it inside buildings, or through cities. Starting as broadly as you can we thinking about not just what people will do, but where they will do it, should be a priority.

If you're interested in something like this in 2016, between now and the end of the year we are looking at how we can make this something we can run for teams & businesses

Add your name to the mailing list below, and we'll let you know when we're good to go...